The John Ripley Forbes Big Trees Forest Preserve is a beautiful and unique 30-acre Fulton County Tree, Plant and Wildlife Sanctuary. The Forest is a urban forest with hilly topography featuring two creeks and a diverse middle growth forest including specimen white oak trees between 100 and 200 years old. It is designed and managed as a forest education center offering passive recreation walks along 1 1/2 miles of wood mulched walking trails. The Big Trees Forest Preserve initially focused on developing its first 10 acre acquisition fronting Roswell Road with approximately 2/3 mile of footpaths and a handicapped-accessible trail. Later, 20 additional acres across Powers Branch on the back of the preserve was purchased and subsequently developed with a trail system to provide more opportunities for forest education and scenic, recreational walks. The "Backcountry Trail System" consists of three trails: (1) Backcountry Trail; (2) Spring Hollow Trial; (3) the Jackson Overlook Trail. These trails total slightly less than one mile in distance. They are for foot travel only and are easy to walk with no steep grades. The Backcountry Trail is the longest trail (3/4 mile), forming an elongated oval around the back 20 acres of the preserve. This scenic trail features a cliff above cascading Powers Branch gorge. It also passes the fern-lined banks of Trowbridge Branch. The trail is fully canopied with a middle-aged hardwood and softwood forest amidst an under story of dogwoods, sourwoods, large colonies of native azaleas, blueberries, sparkleberries and various wildflowers. The Backcountry Trail topography is hilly with interesting trail features, such as large trees, small rock outcrops, springs and streams. The trail gradually gains a total elevation of 120' from a low of 920' to a high of 1,040' above sea level. This is equivalent to gradually climbing a twelve story building. The Backcountry Trail also passes near two historical features on the Trowbridge Branch side of the preserve. One of these is the long-abandoned "Bull Sluice railroad" bed. Constructed in 1902, it was used for only two years exclusively for hauling material to construct the Morgan Falls hydroelectric dam on the nearby Chattahoochee River. The Trail also passes near the former "Roswell Road", a wagon trail used in the 1800s before the present Roswell Road was build in approximately 1902. The Spring Hollow Trail connects the Backcountry Trail to the Powers Branch Trail, passing a small spring. The Jackson Overlook Trail connects the Backcountry Trail to a large observation deck overlooking Trowbridge Branch and follows the "old Roswell Road" a short distance before climbing onto a section of the Bull Sluice R/R bed at a former trestle site. 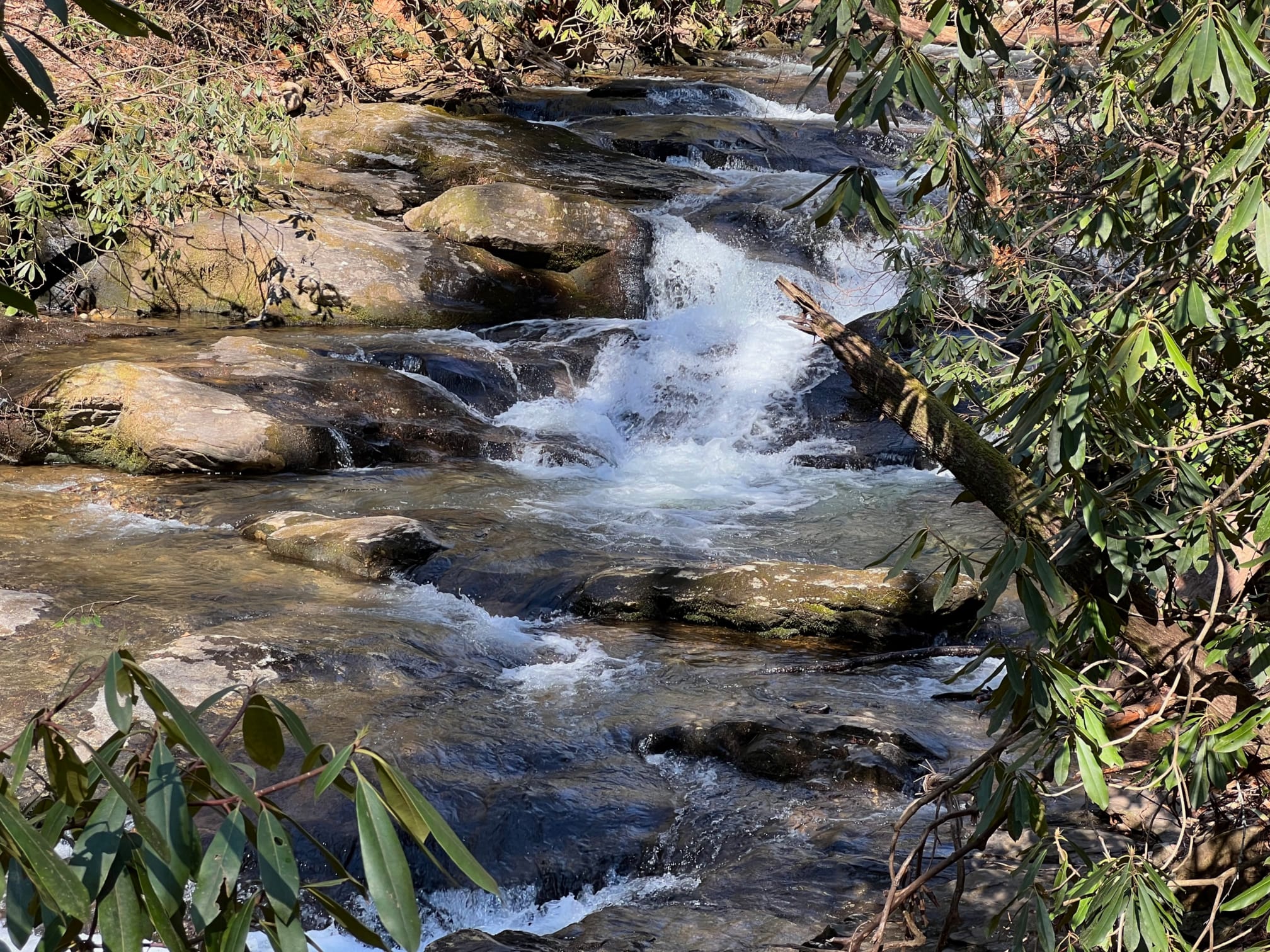